WE BELIEVE IN KEEPING OUR COMMUNITY SAFE

Castro Community On Patrol (CCOP) members are unpaid community volunteers who make a positive difference in the Castro neighborhood.

Deploying regular weekly uniformed and visible “Safety Patrols” of three members, Castro Community On Patrol (CCOP) offers general safety information and guidance, advice, and an extra set of “eyes and ears” for the community.  Our Patrollers encourage good behavior and our presence helps to prevent, or quickly address, bad behavior in the neighborhood.  As unpaid community volunteers, we don’t physically break up fights or make arrests, but since 2006 we have had a significant positive impact on the overall safety of the Castro neighborhood. And of course, when we need to, we can immediately call on the services of the professional responders in the Police and Fire Departments that we work closely with.

Some of our basic statistics over the years (To Year Ending 2021):

Beyond our primary Patrolling function, we also support many other community events and organizations.  As a fully qualified CCOP Patroller you will have the opportunity to support remembrance vigils (Pulse, Harvey Milk etc.), participate in rally events (Prop 8, Patriot Prayer), and help community events succeed (Sisters Easter in the Park, Castro Street Fair) throughout every year. The number and variety of these events just seems to grow with each passing year, which we love.

CCOP is also recognized as a leading organization in the promotion and advancement of general safety and security for the Castro neighborhood, implementing a number of unique programs including the Castro Business Watch, and partnering with other groups to support initiatives such as the  Castro Cares program.

Becoming a Patroller with CCOP will offer you many varied opportunities to volunteer and support the Castro neighborhood in a positive and affirming way. Patrolling is also a lot of fun, and you will make some great new friends among the other Patrollers.

CCOP was founded in November 2006 in response to some well publicized assaults in, and around, the Castro neighborhood.  A number of community members came together with the Mayors Office, the District Attorney’s Office, the San Francisco Police Department (SFPD) and SF Safety Awareness For Everyone (SAFE) and CCOP was established in collaboration with these agencies.

A PROGRAM OF SF SAFE

CCOP is a program of, and is fiscally sponsored by, San Francisco Safety Awareness For Everyone (SAFE.)  SAFE is a non-profit 501(c)(3) organization.

We are funded in part by a small annual grant from the City of San Francisco, half of which pays for our part time administrative staff member and the other half pays for  uniform, equipment, and educational outreach costs.  We also rely heavily on fundraising and donations from members of the community we serve.

Find out more about SF-SAFE, our fiscal sponsors and safety partners, who organize and support the citywide Neighborhood Watch, Business Watch Programs, Bicycle Registration Program, and many more.  www.sfsafe.org 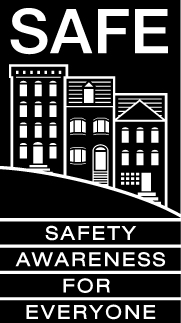 Our Patrol Chief’s and Board of Advisers are responsible for the strategic development and day to day operations of CCOP.  All are unpaid volunteers who donate a considerable amount of time, energy and experience towards keeping CCOP relevant and effective in the ever changing dynamic of the Castro / Duboce Triangle neighborhood.  .  We have seven Board of Adviser positions available but have only filled four of those positions at the present time.

ADMINISTRATIVE DIVISION – BOARD OF DIRECTORS

If you feel you have something to offer to our Board of Advisers, please email us at INFO@CastroPatrol.org with a brief bio and how you think you would be able to serve Castro Patrol and the broader community as a member of our BoA. 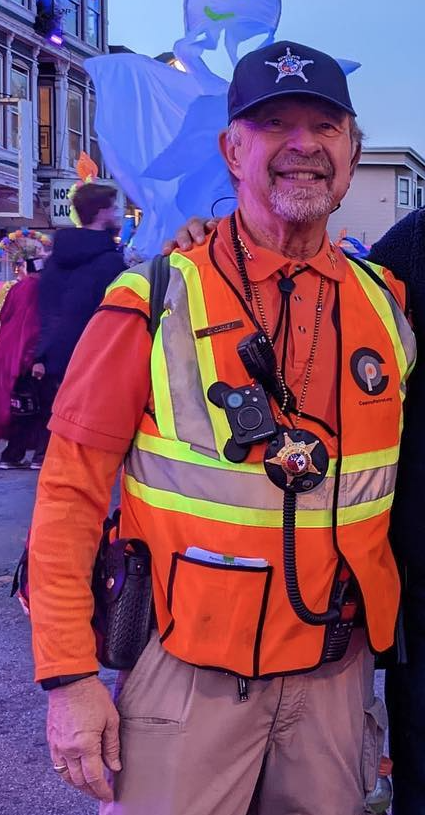 Greg (Greggy) Carey was born in South Dakota. He was educated at the South Dakota School of Mines and Technology, studying Electrical Engineering. He worked at Sencore Electronics in Sioux Falls, SD for 19 years, serving several roles including technical writer and editor, field trainer, and corporate video producer.

He moved to Bay Area of California in 1973 before returning to Sioux Falls 2 years later. He met his current partner Rahn Anderson in 1977. They were legally married in San Francisco in 2008. In 1978 he was one of the founding members of the Sioux Empire Gay and Lesbian Coalition (SEGLC) and in 1985 founded the first AIDS support group in South Dakota, the Eastern Dakota AIDS Network (EDAN). He “retired” from gay activation when he and Rahn moved to California in 1991.

Greggy and Rahn began producing a series of video documentaries for the Metropolitan Community Church of San Francisco (MCC-SF) in 1997, winning 3 Telly awards as a result. He began working for Cisco Systems in San Jose in 1999 where he is currently a Metrics Analyst in the Learning and Development Solutions Group.

In 2007 he became a volunteer with the Castro Community on Patrol (CCOP). A short time later he joined the Board, and in 2008 became its Chair. He is also a member of the SFPD/LGBT Police Forum and the San Francisco District Attorney LGBT Forum. 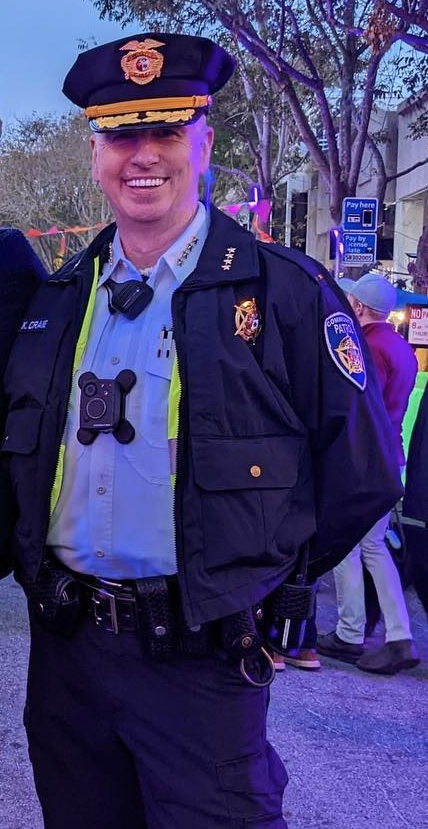 Ken is one of the original founding members of Castro Community On Patrol, and the only founding member who remains actively involved with the organization as a volunteer and Patroller.

As a Grand Master instructor of martial arts and head of Triangle Martial Arts Association when CCOP was being formed in mid 2006, Ken was asked to attend and speak at the very first public meeting at Joe’s Barber Shop on 17th Street in the Castro. Shortly after that meeting an organizing group was formed and Ken was asked to develop the volunteer training materials for a walking safety patrol.  The training content and concept was then approved by the San Francisco Police Department and by SF Safety Awareness For Everyone (SAFE) who remain our fiscal sponsors.  Ken led the very first volunteer training class for CCOP on November 11, 2006 certifying the first 23 volunteers for patrol, and he has conducted most subsequent volunteer training class since then as our director of Volunteer Training and Certification for CCOP.

Ken was born and raised in Scotland in the United Kingdom of Great Britain and Northern Ireland – making him both Scottish and British (which confuses many people.)  He joined the Corps of Royal Military Police at 17 1/2, a part of the British Army.  When he left the military he worked at the Royal Navy Nuclear Submarine Base, at Faslane in Scotland during their Trident nuclear missile expansion, and subsequently at the Royal Naval Armaments Depot in Coulport also in Scotland.  He later worked as a lead systems engineer at the Nuclear Electric, Pressure Water Reactor project in Knutsford, England;  at Allegehney Power in Pittsburg, PA;  at AIL Defense Systems on the B1 bomber project on Long Island, NY;  at Exxon Company USA in Benecia, CA; and BayTec Engineering in Napa, CA which worked in the bio-tech field.

Ken is also heavily involved in many other community service activities:

Ken lives and works in San Francisco in the Rincon Hill neighborhood with his husband, Paul, whom he met in 1997.  Ken & Paul were married at San Francisco City Hall on October 30, 2008 just slipping in under the wire before the contentious Proposition 8 passed two days later which stopped same sex marriage in California.  Ken became a naturalized U.S. Citizen on August 15, 2012. 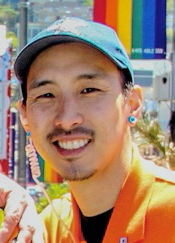 As long as injustice & inequality persist, none of us can truly rest. It doesn’t take much to change a life, Get in touch today and start making the difference.